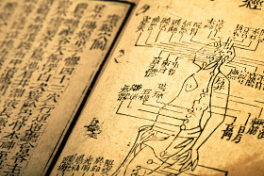 With over 3,000 years of history, Traditional Chinese Medicine (TCM) has been a unique healing medicine based on the ancient Chinese philosophies of the Yin Yang and Five Phases theories.  TCM provides an overall understanding of human health through holistic approaches, preventive measures and effective treatments that optimize the dynamic balances of the body, mind and spirit.

Acupuncture is one of the most ancient and natural TCM modalities and has been used to treat many health conditions.  The origination of acupuncture started more than 3,000 years ago with treatments first performed with stones.  Later it was developed into "Nine Needles" which was recorded as the earliest completed set of acupuncture tools.  In the more contemporary era, in July 1971 Mr. James Reston wrote an article called "Now, About My Operation in Peking" in The New York Times about his experience with acupuncture treatment during his visit in China.  In 1972, the historic China visit by the former US President Richard Nixon set off the "acupuncture fever" in the US.  According to National Institute of Health (NIH), from a 2007 National Health Interview Survey, an estimated 3.1 million US adults and 150,000 children had used acupuncture.  According to a NCCAOM survey in 2012, there are more than 27,800 acupuncturists in the US alone.
"The way the sages treated diseases in the past was by preventive measures
before the diseases happened, similar to taking necessary steps to avert a war before it happened.
Likewise, if one digs a well only when one is thirsty or forges weapons after engaging in a war, these actions may be too late."
- Yellow Emperor's Inner Classics, Book "Spiritual Pivot", Chap. 2 (~240 B.C.) 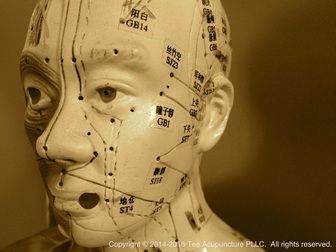 Acupuncture is performed on the body through needling on the body sites called the acupuncture points.  Think of our body as an electrical system, the meridian pathways as the wiring system and the acupuncture points as the capacitors and resistors.  If one of these systems has a problem, an intermittence or discontinuity in the circuitry could occur.  Just like the electrical system, an illness of our body could occur when there is a blockage in our body and the illness could manifest as pain or other disorders in our body.

The acupuncture points are used to regulate the functions and vital energy of our body including our internal organ systems, brain, connective tissues, nervous systems, etc.  While these points lie along the meridian pathways in our body, the meridian pathways are connected to networks of our body organ systems forming a holistic communication system throughout our entire body.  Acupuncture helps stimulate and promotes our body to utilize its internal resources and ability restoring the balance of our body and to improve the organ functions of our body.
​